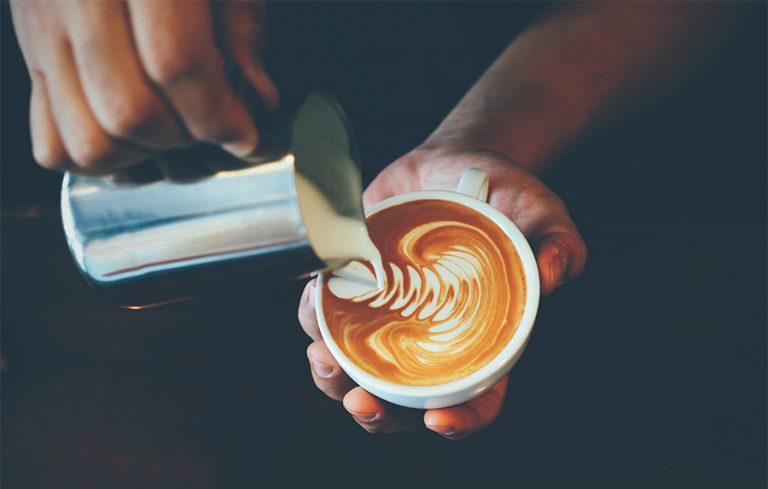 Today, milk is no simple matter. There are countless questions and options surrounding milk. Is milk good for you? Does milk contain protein? Is milk cruelty-free? What milk alternatives are there to drink when you have an intolerance?

Luckily for us, with these questions come both answers and variety. We have so many options these days, we’re in the happy position of being able to tailor our diet.

Today we can choose from cows milk, goats milk, almond milk, soy milk, hemp milk, even cashew milk… the list goes on. And that’s not even venturing into the realms of full fat, skimmed, semi-skimmed, sugar-free and unsweetened! But, with so much choice can come more than a little confusion.

Here at Moksha, we think choices are vital. But so is the correct information. We’re also Brighton through and through, and that means we love an interesting coffee order!

That’s why we’ve started to stock four types of milk in the caffé. Whether you’re vegan, looking for a milk substitute, or kinda just don’t fancy milk today, that’s cool with us. Here’s what we stock, and more widely, the pros and cons of each. 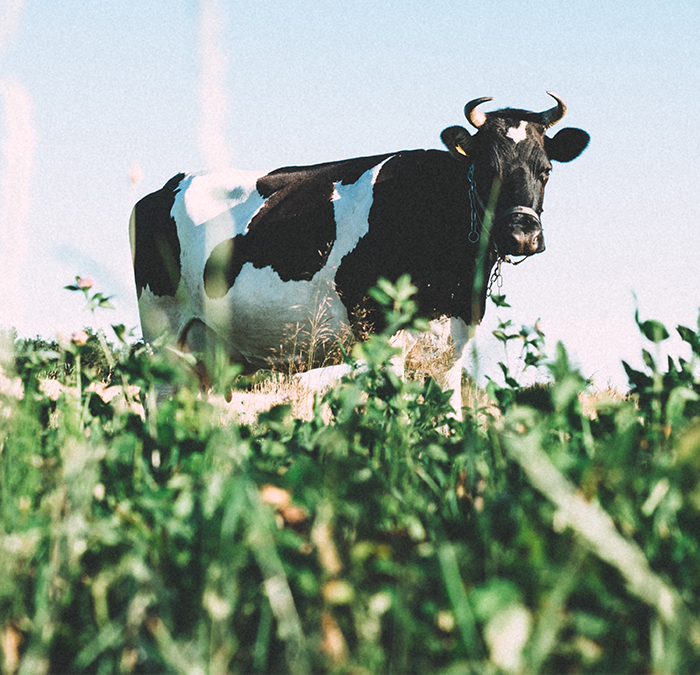 It’s a classic. The one many of us were brought up on; taught that without it, our bones wouldn’t grow strong. Indeed, there is much to say that cows milk is and remains good for us. There’s also some saying it isn’t.

There’s no denying it, cows milk contains a lot of both calcium (great for our bones) and amino acids – the proteins in milk that are also the building blocks for our muscles. Grass-fed cows milk also contains high levels of omega 3.

At Moksha we serve organic cows milk. We’ve chosen organic because the cows are given access to the outdoors the year round. They should be free to graze, not cooped up in a barn. Also, organic dairy farmers aren’t allowed to use antibiotics or hormones on their cows, meaning the milk is also nasty-free.

If you’re watching your weight, cow’s milk such as full-fat and even semi-skimmed contain quite a high amount of fat and sugar. However, with skimmed and fat-free options, there’s plenty of choice out there.

Many people simply cannot digest lactose (the sugar in cow’s milk), meaning they have a milk intolerance. It’s argued that if the cow that produced the milk we drink was given hormones and antibiotics when she was lactating, we then consume and absorb said chemicals. Not fun for either the cow or us. 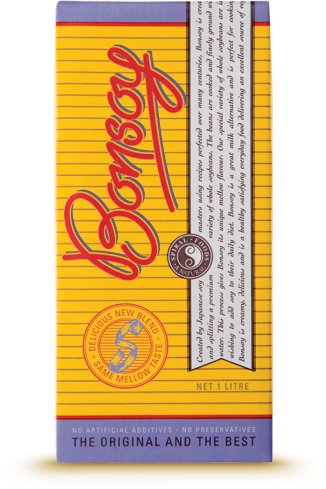 Boy, soy milk is a controversial debate at the moment. Some say it’s simply the best dairy-free milk alternative. Some say it contains unhealthy amounts of oestrogen. More research is needed, but for now, here are the known pros and cons.

Soy milk: ProsFor many, soy milk is the

For many, soy milk is the bee’s knees, because it’s the highest in protein of all the dairy-free milk alternatives. It’s also generally the least processed, is low in saturated fat, and it’s easily accessible, be that in shops or cafés.

Contrary to what you might think, the soy crop is not up-and-coming. It’s been booming for years. It’s in hundreds of products, from soy milk to artificial flavouring. That means it’s massively over-produced. This raises questions about agriculture and balancing the ecosystem. It’s also the biggest GM crop in the world.

The good news is that there are organic and GMO-free soy options – like the Bonsoy soy milk we use at Moksha! 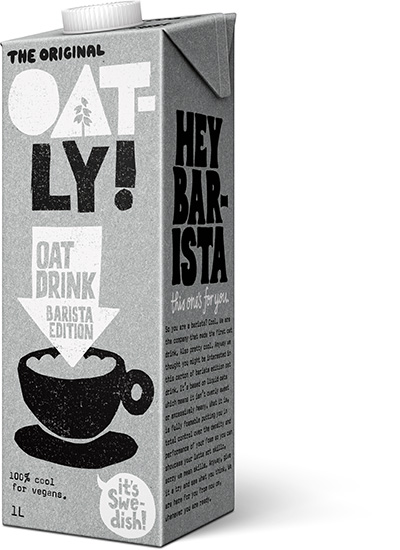 The oat milk we use is really quite magic. Based on purely blended oats, there are no nasties in this one. It’s rich in unsaturated fats (the good fats), and everything in it is plant-based, sustainable, and GMO-free! (It’s also really tasty, and foams up like nobody’s business).

It may be newer to the milk alternative industry, but it’s making headway. Oat milk is well known for being cholesterol-free. It contains vitamin E and folic acid, and as it’s simply made with oats – it’s natural.

That said, oat milk can be high in sugar, and it does lack a little in protein and fibre, compared to other alternatives. It’s not gluten-free, and mass-produced oat milk can contain pesticide residue, although there are plenty of organic choices out there (like Oatly Barista). As it’s the newest to the market, oat milk doesn’t have the depth of research the other milk have, so watch this space.

New to us, perhaps, but not new to humans more generally, almond milk has been around for a long time. Since the Middle Ages, to be precise. We use Rude Health Almond Milk because it’s gluten-free, organic, non-GM, and unsweetened.

Simply made from almonds and water, almond milk, in essence, is simple, low fat and nutrient-high. Almonds contain a whole host of vitamins and minerals, including vitamin E, magnesium, potassium, zinc, iron, calcium, and good old fibre. All of these nutrients are naturally there, so you shouldn’t find anything added to your almond milk.

Saying that, if you’re after a protein-rich drink straight after the gym, almond milk probably isn’t the best choice, as it does lack in protein. It has around 1/8th of the protein found in cows milk.

Thought provoking, huh? Whichever you decide to drink, next time you’re popping into Moksha for your usual, give another of our milk a go. You never know – you might just find your new favourite. 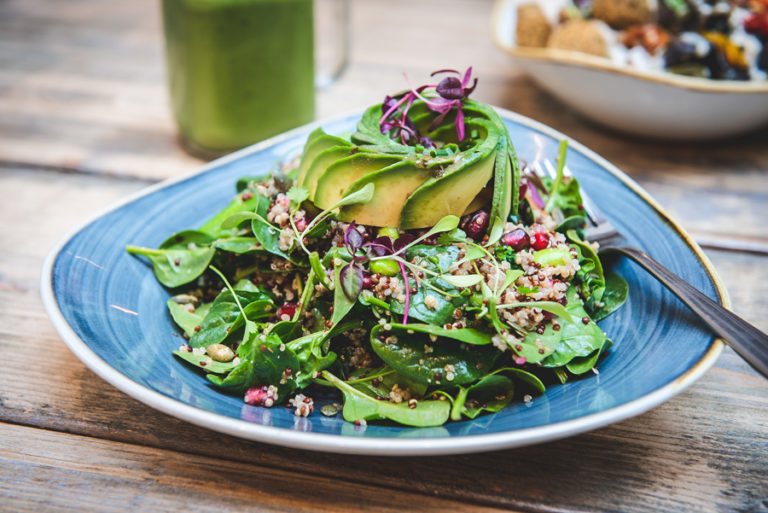 There are no shortages for all of us who are looking for vegan or plant-based options this January. We had a lot of fun...
Read More 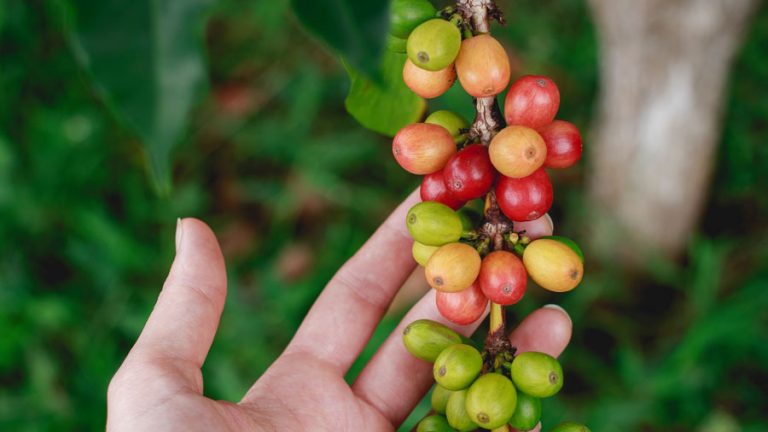 Coffee is having a moment. In a really big way. Admittedly, we Brits have been in love with coffee for a long time. But...
Read More 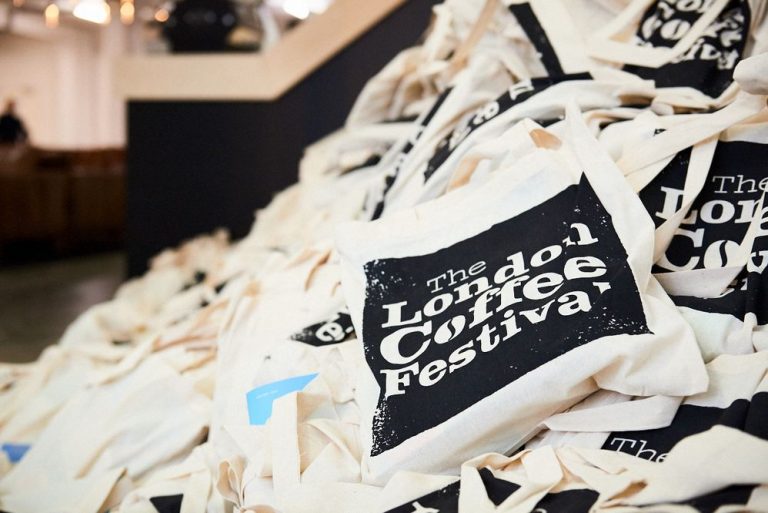 From origin to cup: The London Coffee Festival 2017

Here at Moksha, we are unashamedly obsessed with the bean. From a first-thing espresso to a flat white with lunch, we can’t get enough....
Read More